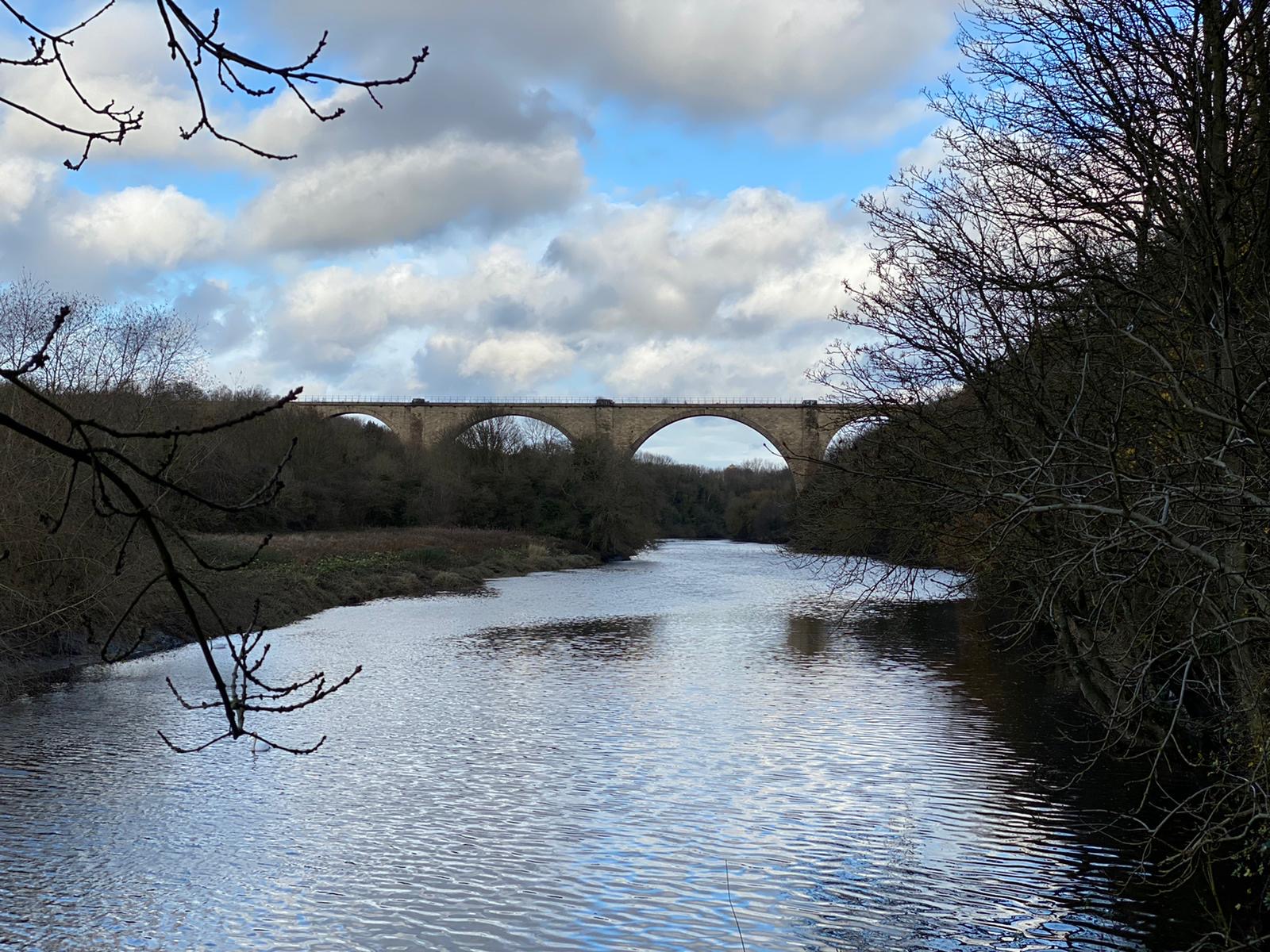 The Victoria Viaduct towers over the River Wear but it’s very much hidden in plain site. The Viaduct is a construction masterclass and stunning on the eye, however, it’s rarely visited and many people in the North East know nothing about it. Find out why you need to visit the Victoria Viaduct.

Michael has lived in Sunderland all of his life and see’s himself as quite the expert when it comes to Sunderland and the cities historic sites. However, he didn’t know anything about one of Sunderland’s oldest structures, a structure that is even older than the much more famous Penshaw monument.

You’ve probably drove close to it and you may have walked around the Mount Pleasant Lake View Park which is around the corner from it. Amazingly, this impressive Viaduct, that sits over the River Wear is virtually unknown amongst North Easterners.

The History Of The Viaduct

The Victoria Viaduct was completed in June 1838 at a cost of £40,000. The viaduct took 2 years to build and was made from Sandstone from the local Penshaw Quarry. It was used continuously for over 150 years. When it was first opened it was one of the largest bridges on the European Continent. The viaduct was inspired by the Alcantara Bridge in the Spanish City of Extremadura. Over the years the viaduct has played an important part in connecting the North East to the rest of the country along with being a vital component in the success of industry in the area.

Then came the 60’s. It’s fair to say the 1960’s did a lot of damage to Sunderland. As the city looked towards the future, now what is known as modernist architecture replaced many fine old buildings. Luckily, the Victoria Viaduct survived but as a result of the Beeching Rail Cuts it no longer carried passenger services from the late 60’s. The bridge was renovated in 1989 but it was last used in 1991. For the few years after it was used only by tester trains. Since the mid 90’s the tracks have been ripped up and the bridge subsequently mothballed.

You’d think that it would be rotting with decay. However, because it is a listed Grade 2 building it must be preserved to a working standard by National Rail. This has helped secure the future of the viaduct. It has recently been mooted for a potential Metro extension which would link Sunderland City Centre to Washington by extending the current line that currently ends at South Hytlon.

How To Get To The Victoria Viaduct

Getting to the Victoria Viaduct could not be easier. Go to the Mount Pleasant Lake View park, parking here is free. When you get to the car park, simply walk around the lake and follow the riverside trail, you want to follow this in a north east direction, towards Cox Green/Sunderland. You will not see the Victoria Viaduct from the lake as it is hidden around the bend in the River Wear. After walking around 10 minutes the Viaduct will appear, as if by magic.

The walk along these paths is extremely muddy in the Autumn/Winter seasons so wellies/walking boots are essential. There are plenty of great photo opportunities along both sides of the river and you can actually walk all the way to Sunderland and Roker Beach on this trail.

Can You Walk On Top Of The Victoria Viaduct

Unfortunately, every time we have visited the Victoria Viaduct the gates have been bolted shut at either side. However, we have been informed that some days the gates are open and you can walk across the top of the viaduct. This offers stunning views of the River Wear, Washington and Penshaw Monument. There is no set timetable for when the viaduct is open, it’s pure luck.

How Do You Get To The Top Of The Victoria Viaduct?

From the North side, park at the South View car park, take the path that cuts through the trees, it’s a steep climb to the old tracks but manageable. Once you’re on the tracks, head south and walk for 2 minutes and you’ll see the gates to the viaduct.

From the South side, after you pass under the viaduct going from west to east. Take the Penshaw trail, this path will take you to a main road. Once you reach the main road you will see a tunnel, go through the tunnel. Take a left into the woodland and then climb up to the tracks.

Is The Victoria Viaduct Worth Visiting?

The walk along to the viaduct is one of our favourites. Due to it being hidden from all main roads it’s not well known, meaning it’s always very quiet. If you’re in the North East then a visit to the Victoria Viaduct is a must. If you’re reading this from the North East then there’s no shame if you haven’t yet paid this Victorian masterpiece a visit. But you should do soon!

TIP – During the winter months, make sure you wear walking boots as it can get extremely muddy.