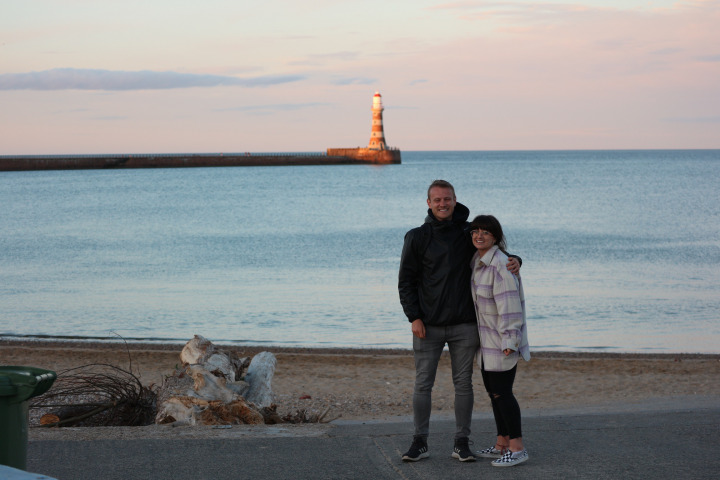 The North East of England may not be the first place that comes to mind when thinking of spotting dolphins. Quite remarkably, the coast that kisses the North Sea is quite literally swimming with dolphins in the spring and summer.

Where is the best place to see the dolphins?

Our favourite spot is Roker Pier, Sunderland. This is the best place to see the dolphins in Sunderland and the North East. Roker Pier stretches a long 609m out to sea. The harbour at Roker is also full of mackerel, meaning the dolphins come here for a good feed.

Roker is a great place to spend the day. There’s many bars and restaurants on the seafront and the beach there could be mistaken for the Costa Del Sol on a sunny day. You’ve got to try Len’s fish and chips on the entrance to the pier, it’s simply fantastic. Check out our other blog post on best things to do in Roker.

When is the best times to see the dolphins?

There’s no real best time. We originally thought we would have the best chance of seeing them at high tide. Our thinking was that the tide would bring them further in. However, after many failed attempts we found out that this wasn’t the case. The dolphins can appear at any time and at any tide time. Luck played a huge part in seeing the dolphins until the creation of the Dolphin Spotting North East group.

Each night we attempted to see the dolphins, everyone was on their phones checking for updates in the Dolphin Spotting North East Group. It’s brought so many people together and created such a community of people who are also hoping to see these beautiful creatures.

Have a little patience

That’s the main thing you need when attempting to spot the dolphins. We’d tried previous years and had never been successful. Looking back, this was due to not giving it time and being impatient before giving up and going home disappointed. So because of this, our main tip would be, be patient, pack some snacks and keep checking the Dolphin Spotting North East Group for updates. It is 100% worth it when you do eventually see them.

When can you see the dolphins in Sunderland?

Michael was lucky enough to see the dolphins on a Thursday morning before work. It took 4 trips to Roker within a 24 hour period, but he finally managed to see them. Emma, on the other hand checked the Facebook group at 5pm after finishing work and saw that there was a pod of dolphins heading south from South Shields. This was the moment. Straight in the car for a 20 minute journey and a power walk all the way to the end of the pier and there they were, coming in from the left and breaching left right and centre.

It goes to show that you can’t predict what time they’ll arrive. But the group is definitely helping in giving people more opportunities to spot them.

If you’re ever visiting the North East in the early summer, definitely try dolphin spotting at Roker. Give yourself a few hours and you could end up spotting some of these incredible animals.